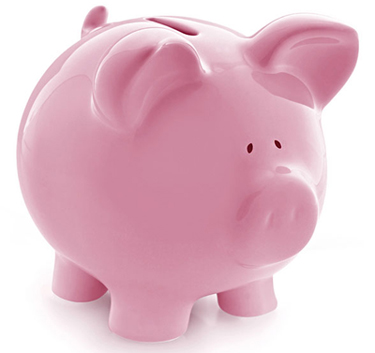 People sometimes ask us whether they should give now, or save their money and give (including the interest/returns they accrue on their money) later. We don’t think there’s a clear answer. Here are the major issues as I see them, when thinking about my own giving. Bottom line – my favored strategy at the moment is to give regularly (a set percentage of my income each year).

On the flip side, our growth and learning depends on growing our money moved. Giving to our top charities today helps this happen.

None of the best giving opportunities I see today are guaranteed to be good opportunities next year. In some cases (particularly VillageReach in 2010), giving now may be crucial to an organization’s development. Even when this isn’t the case, there’s always the possibility that the organization will improve its fundraising – or make a contact with a large funder – in the future, affecting its room for more funding.

Economic growth, increased giving, and smarter giving may mean that giving opportunities are worse in the far future. We’ve written before about the idea that the more good is being done by others, the fewer opportunities you have to do a lot of good with your own giving. We hope to see a day where no one is so poor/underserved that you can save their life by giving few thousand dollars.

Do I “earn interest” by saving now and giving later?
If I save, I earn interest/returns on my money; but if I give, the good I accomplish may “earn interest” too. Ideally, donations give people more power over their lives, which in turn leaves them better positioned to help others (in their community or elsewhere). We take seriously the idea that most problems may be better addressed by local communities than by outside aid; we focus our outside aid on the problems we feel it is best-suited to address.

Other issues
Giving now means “putting my money where my mouth is.” I believe that having my own money at stake helps me think harder, more concretely, and more realistically about where I should be giving and what results I’m expecting from my giving. This in turn helps me learn over time.

If I postponed substantial giving for a long time, I’d worry that I was giving myself an excuse not to give at all.

Giving regularly and predictably is more helpful to the group(s) I’m supporting. In general, people tend to give the same donations each year,* and I believe that charities often plan around this fact. (We certainly do, both when considering our operating expenses and when considering our money moved.) Therefore, if you give irregularly (particularly if your donations go down over time), you are sending an inaccurate message to a charity and may be negatively affecting its ability to plan, unless you take specific efforts to communicate your plans (and even when you do so, this may create extra hassle for the charity).

Bottom line. In general, my preferred approach is to give relatively regularly; I think there are substantial disadvantages (discussed above) to deviating from this approach in either direction (giving a lot now and only a little later, or giving a little now with the intent of giving a lot later).

At some point I may spot a giving opportunity that seems like a true outlier, and focus my giving on that opportunity rather than giving regularly over time. To give one example of this – when we started GiveWell, we believed that our startup funds were critical, and thus we encouraged donors to give a large amount immediately even if it meant abstaining from giving for the next year or two. Several did exactly this, and I think in hindsight it was the right decision (their 2007 gifts were in fact critical for our getting off the ground, in a way that they wouldn’t have been a year later). So I do think there can be good reason to “over-give” now and hold back later, or to save now and give more later. But right now I don’t see any compelling argument for deviating from “give a set percentage of my income each year.”

*Our experience suggests this; the Money for Good study suggests it as well (see page 16).