I’m starting full-time at GiveWell today largely because I can’t think of a bigger problem that needs solving than poor, African children dying from a handful of diseases that we, in the developed world, cured/dealt with half-a-century ago ( e.g., diarrhea, malaria, tuberculosis, and pneumonia). So, we no longer have to solve the difficult problem of understanding what causes, say, malaria and what methods work to reduce its incidence. We only have to solve the relatively easy, logistical problem of providing that care.

Although there are a lot of problems in the world (from “charitable” problems like inner-city education in the New York City to “business” problems like the method use by most renters to rent an apartment through a random smattering of under-informed, ill-mannered brokers), I can’t think of any others that have the absurd implementation simplicity to impact that this one does. 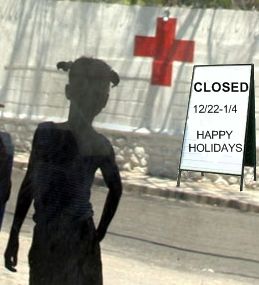 One of the things I hate most is, for lack of a better term, is “badness.” I’m talking less about “evil” than general incompetence and failure: things that make no sense for no good reason. Well, I don’t just hate this – I can’t stand it. I can’t stand that thousands of children die everyday because they don’t have a $5 net under which to sleep, a 5 cent pill when they contract diarrhea, or other similarly inexpensive items that you or I take for granted.

Children die because they don’t receive care that costs as much as my morning cup of coffee? How could that be true? How can I let that be true?

On a more personal/emotional note: Last Monday, my father went to the funeral of a childhood friend of his who passed away from cancer. On the phone that night, he told me how sad the funeral was: this relatively young woman left her husband, two children, and her mother (who was planning to move in with her daughter that day). Every time I think of a young person dying, I’m struck by how uniquely tragic that particularly event feels. Then, I think about how many similarly tragic events occur daily. Each four year-old girl who dies of diarrhea is someone’s daughter, someone’s sister, someone’s friend. Each thirty year-old man who dies of AIDS is someone’s father, someone’s son, someone’s friend. I want to fight that. I want to reduce that suffering. I want to save those lives, especially because saving them is just not that hard.